How Terrorism Is Wrong 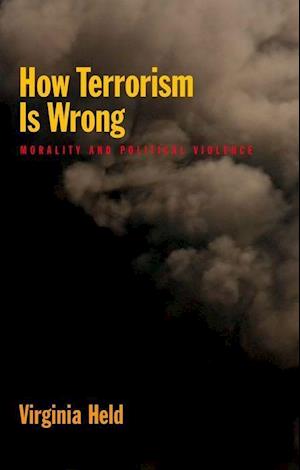 What is terrorism? How is it different from other kinds of political violence? Why exactly is it wrong? Why is war often thought capable of being justified? On what grounds should we judge when the use of violence is morally acceptable? It is often thought that using violence to uphold and enforce the rule of law can be justified, that violence used in self-defense is acceptable, and that some liberation movements can be excused for using violence-but that terrorismis always wrong. How persuasive are these arguments, and on what bases should we judge them?How Terrorism is Wrong collects articles by Virginia Held along with much new material. It offers a moral assessment of various forms of political violence, with terrorism the focus of much of the discussion. Here and throughout, Held examines possible causes discussed, including the connection between terrorism and humiliation. Held also considers military intervention, conventional war, intervention to protect human rights, violence to prevent political change, and the status andrequirements of international law. She looks at the cases of Rwanda, Kosovo, Iraq, and the Israeli/Palestinian conflict. Finally, she explores questions of who has legitimate authority to engage in justifiable uses of violence, whether groups can be responsible for ethnic violence, and how the media should coverterrorism.Held discusses appropriate ways of engaging in moral evaluation and improving our moral recommendations concerning the uses of violence. Just war theory has been developed for violence between the military forces of conflicting states, but much contemporary political violence is not of this kind. Held considers the guidance offered by such traditional moral theories as Kantian ethics and utilitarianism, and also examines what the newer approach of the ethics of care can contribute to ourevaluations of violence. Care is obviously antithetical to violence since violence destroys what care takes pains to build; but the ethics of care recognizes that violence is not likely to disappear from human affairs, and can offer realistic understandings of how best to reduce it.