How Horton Becomes A Hero: The Chronicles of Horton The Hare 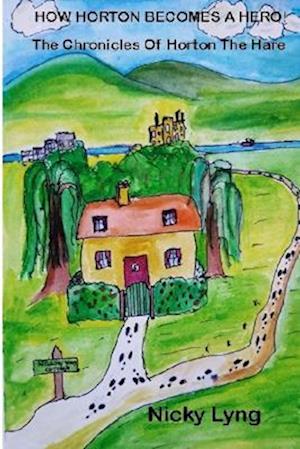 This the Second Edition of 'How Horton Becomes a Hero' the first book in the series ' The Chronicles Of Horton The Hare.' The revised edition is fully illustrated and formatted to suit the developing format of the series.

Horton is a very intelligent and thoughtful Hare popular in his local community of Bunbury and through his drive to help and serve others is very much an accidental hero.

Some are born heroes; some strive to be heroes; some have the title 'Hero' thrust upon them. Follow the adventures of Horton, that most unlikely of heroes, and his loyal and trusted companions. Laugh when they find themselves in tricky situations; despair when they are in trouble; and join in the party when everything turns out well.

A book in three parts, an enjoyable read for children of all ages!

How could Horton know that on that fateful day when he made a decision to seek out his friend Ernestine, his life would be changed forever?

How could he know that his friends' lives would be changed forever?

How could he know that all their lives would become inextricably linked with the people living and working at Bunglebury Hall; and the community in the nearby village of Bunbury?

Just one day, and Horton would be declared a hero!

No masked or caped crusader, Horton finds himself in circumstances where his quick thinking and decisiveness saves situations from becoming dire consequences. Suddenly his life, and that of his friends, change as they become involved with the goings on up at Bunglebury Hall. The effects of these then become influential in the lives of villagers in nearby Bunbury. When problems arise, they all turn to Horton for his "I Was Thinking" solutions. Hare-brained they may seem, but his solutions are creative and imaginative and usually work!

A humorous modern children's book with echoes to the past, this interaction of a group of anthropomorphic animals with humans at Bunglebury Hall and the nearby village of Bunbury is the first in the series of The Horton Chronicles. The stories follow the adventures of our hero, Horton, his BFF Morton and their companions from Willow Wood, Dingley Dell, the fields of the Bunglebury Estate, and Bunbury village as they save The Hall and the community from disasters.

Having become a Hero further books in the series 'The Chronicles of Horton The Hare' share his ongoing heroic ventures as he progresses through his most enjoyable and successful life.