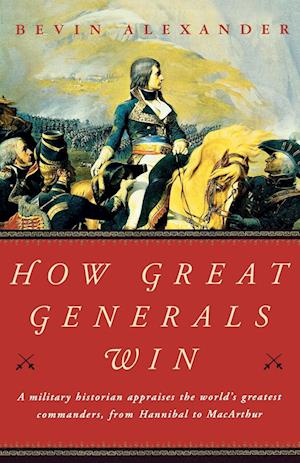 If a key to military victory is to "get there first with the most," the true test of the great general is to decide where "there" is-the enemy's Achilles heel. Here is a narrative account of decisive engagements that succeeded by brilliant strategy more than by direct force. The reader accompanies those who fought, from Roman legionaries and Mongol horsemen to Napoleonic soldiery, American Civil War Rebels and Yankees, World War I Tommies, Lawrence of Arabia's bedouins, Chinese revolutionaries, British Desert Rats, Rommel's Afrika Korps, and Douglas MacArthur's Inchon invaders. However varied their weapons, the soldiers of all these eras followed a commander who faced the same obstacles and demonstrated the strategic and tactical genius essential for victory. "All warfare is based on deception," wrote Sun Tzu in The Art of War in 400 BCE. Bevin Alexander shows how great generals have interpreted this advice, and why it still holds true today.