- A Fort and Garrison on Hadrian's Wall 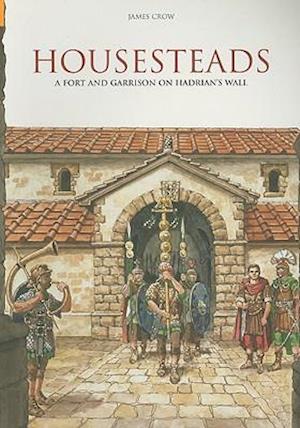 Housesteads is the most popular site on Hadrian's Wall, with its well-excavated remains bringing us closer to the 800 men who garrisoned the fort at any one time. This new edition of Crow's archaeological study of what is undoubtedly one of the bleakest forts in the entire Roman empire has now been updated to include recent developments, particularly in landscape studies. Much of the narrative is descriptive, examining each aspect of the site in turn, including its defences, gates and interior buildings during the main phases of construction. As he charts the development and growth of the fort, as well as the enclosures and features outside its walls, Crow discusses the builders and occupants, the civilian population and the history of its excavation during the last two centuries. Supported throughout with plans and photographs of the fort, artefacts, inscriptions and excavators, plus, of course, its dramatic setting.