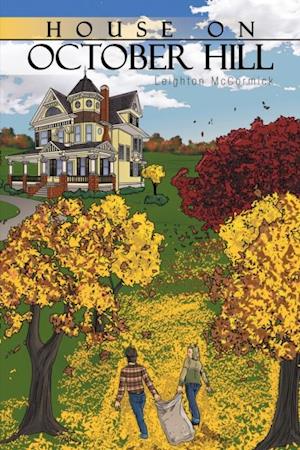 In 1942, Matt Durham and Karen Forsythe first meet as children and fall in love. After attending college, Matt leaves to serve his country as a fighter pilot in Korea. Karen waits for him, and when the conflict ends, they marry. However, Matt soon finds himself facing a different kind of dogfights in the fledgling advertising business. Karen pursues a career as an interior designer in Connecticut as Matts professional life as an original Mad Man soars. While her husband commutes to New York, she manages a thriving business and raises their two children. Soon, though, despite financial success, Matts personal life takes a dive, upheld only by Karens unfailing love. Since their first meeting, Matt and Karens relationship has evolved as friends, classmates, lovers, spouses, career builders, and parents. With the passing of her parents, they inherit the house of their dreams on October Hill, overlooking the quaint village of Huntsdale. But as they age and develop as people, will they survive as a couple, or are lifes sudden twists and turns too much to bear?