- Shortlisted for the Bollinger Everyman Wodehouse Prize For Comic Fiction 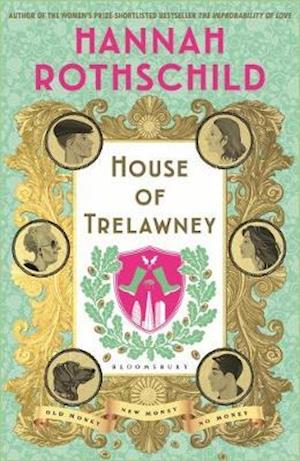 Shortlisted for the Bollinger Everyman Wodehouse Prize For Comic Fiction'If you're in need of a Succession replacement then this tale of a crumbling English dynasty clinging on to the past while coping with the fallout of the 2008 crash is for you. Pure pleasure' - Stylist 'Delights from start to finish' Mail on Sunday'Witty and stylish' Sunday Times'Jilly Cooper territory with a whiff of Joanna Trollope ... a lavish saga' The Times'Slyly comic' Red 'What you might get if you threw What a Carve Up! and Kind Hearts & Coronets into a blender together' John BoyneThe seat of the Trelawney family for over 800 years, Trelawney Castle was once the jewel of the Cornish coast. Each successive Earl spent with abandon, turning the house and grounds into a sprawling, extravagant palimpsest of wings, turrets and follies. But recent generations have been better at spending than making money. Now living in isolated penury, unable to communicate with each other or the rest of the world, the family are running out of options. Three unexpected events will hasten their demise: the sudden appearance of a new relation, an illegitimate, headstrong, beautiful girl; an unscrupulous American hedge fund manager determined to exact revenge; and the crash of 2008. A love story and social satire set in the parallel and seemingly unconnected worlds of the British aristocracy and high finance, House of Trelawney is also the story of lost and found friendships between three women. One of them will die; another will discover her vocation; and the third will find love.