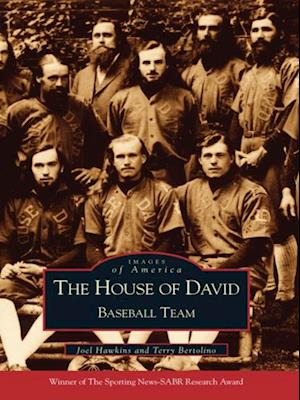 The Israelite House of David was founded in 1903, as a religious colony in Benton Harbor, Michigan. An entrepreneurial group of worshippers, the colony contributed much to the community, including a traveling baseball team that toured the United States, Canada, and Mexico. The almost 200 images collected here by authors Joel Hawkins and Terry Bertolino document the history of this bearded, barnstorming group of baseball players throughout their careers. The colony accomplished much within the community, credited with inventing the automatic pinsetter used in bowling and the first cold storage facility in the county. However, it was the House of David baseball players that caught the nation's attention, with their long hair and beards, which was forbidden to be cut or shaved as a code of their faith. As news of their prowess spread, the team received more and more press throughout the country. Much like the Negro Leagues of the same period, the House of David baseball players would criss-cross the country, playing with such greats as the Kansas City Monarchs, Pittsburg Crawfords, and Satchel Paige and his All Stars.