- George, A: House Most High 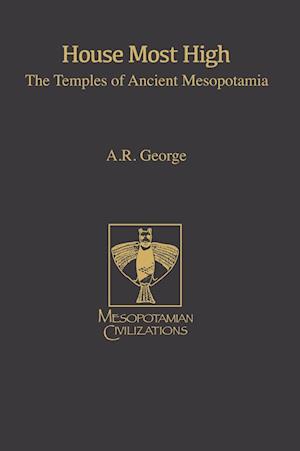 Originally begun in collaboration with Professor W. L. Moran, this work collects all of the extant cuneiform tablets inscribed with lists of temples. The temple lists are classified in terms of their organization, whether associated with lexical lists, organized theologically, topographically, or hierarchically-presenting deities and temples according to their relative rank. The main part of the book is an up-to-date gazetteer of the ceremonial names of ancient Mesopotamian temples. This gazetteer replaces similar (though less complete) listings from earlier in the century and provides (where known) location, divine owner, and other relevant information for each temple listed. By including not only names from temple lists, but also from other literary genres, Professor George has provided a standard reference guide that Assyriologists and others with interest in Mesopotamian religion will consult with regularity for years to come. Indexes to the gazetteer of divine, personal, and royal names, and of cuneiform tablets enhance the reference value of this unique tool. The sixteen plates include some material not previously published.