- The Rise and Rise of the World's Most Influential Hotel Dynasty 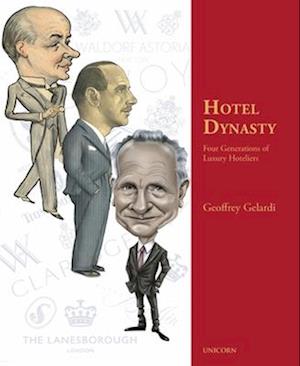 Sempre Avanti. Ever Forward. That's the motto on the Gelardi family shield and it's a philosophy that has directed the lives and careers of four generations of hoteliers - Giuseppe, Giulio, Bertie and Geoffrey. Giuseppe managed hotels in his native Italy in the nineteenth century but his son Giulio was more ambitious and came to London, working first at Walsingham House - which was to later to become the Ritz - and managing the Savoy and Claridges in London and the Waldorf Astoria in New York. His son Bertie worked alongside Lord Forte to create the international Trust Houses Forte empire and acquiring, amongst others, the George V and Plaza Athenee in Paris, Sandy Lane in Barbados and the Pierre in New York. Geoffrey, Bertie's son and the fourth generation Gelardi to make his mark in the luxury hotel business, spent years in the USA at the Bel Air in Los Angeles and the Sorrento in Seattle before returning to the UK to open the Lanesborough in 1991 - then, and still, London's leading luxury hotel. Interweaved into this fascinating history we encounter royalty, celebrities, politicians and film stars - Mussolini, King Edward VII, Lilly Langtry, Ronald Reagan, various Atlantic City mafia figures, Frank Sinatra, Arnold Swartzenegger, Sophia Loren, Madonna, Michael Jackson, HRH The Queen, Princess Diana and many, many more.