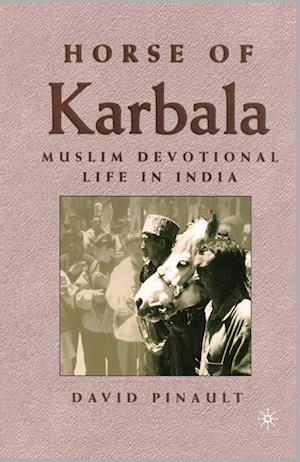 Horse of Karbala is a study of Muharram rituals and interfaith relations in three locations in India: Ladakh, Darjeeling, and Hyderabad. These rituals commemorate an event of vital importance to Shia Muslims: the seventh-century death of the Imam Husain, grandson of the Prophet Muhammad, at the battlefield of Karbala in Iraq. Pinault examines three different forms of ritual commemoration of Husain's death - poetry-recital and self-flagellation in Hyderabad; stick-fighting in Darjeeling; and the 'Horse of Karbala' procession, in which a stallion representing the mount ridden in battle by Husain is made the center of a public parade in Ladakh and other Indian localities. The book looks at how publicly staged rituals serve to mediate communal relations: in Hyderabad and Darjeeling, between Muslim and Hindu populations; in Ladakh, between Muslims and Buddhists. Attention is also given to controversies within Muslim communities over issues related to Muharram such as the belief in intercession by the Karbala Martyrs on behalf of individual believers.