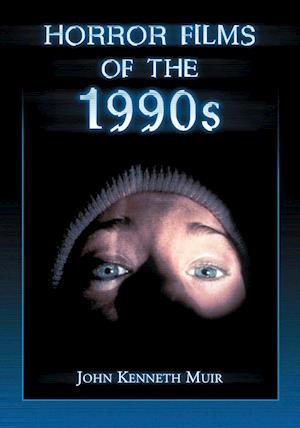 This filmography covers more than 300 horror films released from 1990 through 1999. The horror genre's trends and clich s are connected to social and cultural phenomena, such as Y2K fears and the Los Angeles riots. Popular films were about serial killers, aliens, conspiracies, and sinister "interlopers," new monsters who shambled their way into havoc. Each of the films is discussed at length with detailed credits and critical commentary. There are six appendices: 1990s clich s and conventions, 1990s hall of fame, memorable ad lines, movie references in Scream, 1990s horrors vs. The X-Files, and the decade's ten best. Fully indexed, 224 photographs.