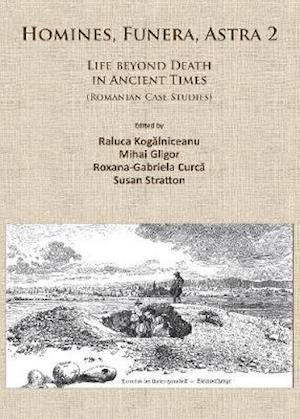 The present volume reunites most of the papers that were presented at the second meeting of the Homines, Funera, Astra Symposium on Funerary Anthropology that took place at '1 Decembrie 1918' University, Alba Iulia, between 23rd and 26th September 2012. The theme of the volume is Life beyond Death in Ancient Times. The intention was to create a forum for discussing Prehistoric, Roman and Migration Period burial practices from Central and South-Eastern Europe, focusing on elements that might suggest belief in afterlife. The interdisciplinary character of the volume is provided by the varied approaches to the archaeology by the contributors, resulting in exploring the subject from multiple perspectives: archaeological, anthropological, geological, architectural, landscape, and epigraphic. Seven studies are dedicated to prehistoric burial practices, discussing discoveries dating from the Palaeolithic (one study), Neolithic and Copper Age (four studies), and Bronze Age (one study). A study focusing on methodology proposes a non-invasive method of analysis for burial mounds, with examples from the Bronze and Iron Ages. Two studies focusing on the Roman Period and another on the Migration Period complete our vision of funerary archaeology for this part of Europe. The editor's wish to express their joy that the editorial project, which started with the publication of the first HFA volume (R. Kogalniceanu, R.-G. Curca, M. Gligor and S. Stratton (eds.), Homines, Funera, Astra. Proceedings of the International Symposium on Funerary Anthropology, 5-8 June 2011, '1 Decembrie 1918' University, Alba Iulia, Romania. Oxford, Archaeopress, BAR International Series 2410), is followed by the present book. The basis for the series dedicated to burial archaeology with the intention to be a useful, modern, interdisciplinary instrument, is thus laid.

Forfattere
Bibliotekernes beskrivelse This volume presents papers from the second Homines, Funera, Astra Symposium on Funerary Anthropology that took place in 2012. The study of human funerary behaviour represents the most important aspect of this volume. Illustrated throughout in colour and black & white