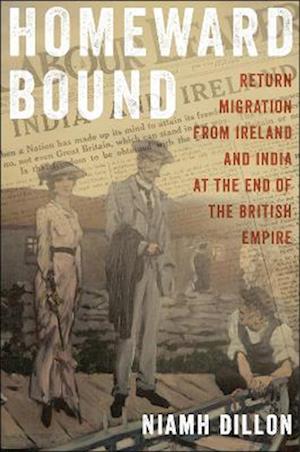 Firsthand accounts of migrants who settled in Britain offer new insights into empire, belonging, migration, and diasporaHomeward Bound shines a light on a neglected aspect of twentieth-century migration history. It compares two groups of migrants-Southern Irish Protestants and the British in India-who 'returned' to Britain from Ireland and India after independence in 1922 and 1947. By looking across national boundaries, Niamh Dillon explores both individual and collective narratives of imperial identity in the late British Empire and the prompts for return. For both groups, the success of national independence movements in the first half of the twentieth century was cataclysmic and prompted a large-scale migration to Britain. Between 1911 and 1926, the number of Protestants in the Irish Free State dropped from approximately 313,000 to 208,000, and much of the British population left India. Although these numbers are significant, these two groups have largely been ignored by historians and have not been compared before. Though instability in the new political order and lack of livelihood were determining factors in the decision to migrate, Dillon argues that Southern Irish Protestants and the British community in India 'returned' to Britain after independence principally because these former elites no longer had a clearly defined role in the new post-colonial era. Return migrants chose Britain because of continuing connections with it as 'home,' but often found their colonial experience was not valued in a country re-orienting itself to the post-war order. Through interviews with those who experienced these events first-hand and the recently opened files of the Irish Grants Committee at the National Archives in Britain, this book offers new insights into the history of migration and the affinity these migrants felt with Britain and with the empire.