- National Sovereignty and the Separation of Natives and Migrants 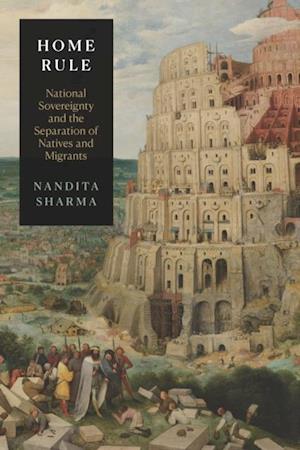 In Home Rule Nandita Sharma traces the historical formation and political separation of Natives and Migrants from the nineteenth century to the present to theorize the portrayal of Migrants as 'colonial invaders.' The imperial-state category of Native, initially a mark of colonized status, has been revitalized in what Sharma terms the Postcolonial New World Order of nation-states. Under postcolonial rule, claims to autochthony-being the Native 'people of a place'-are mobilized to define true national belonging. Consequently, Migrants-the quintessential 'people out of place'-increasingly face exclusion, expulsion, or even extermination. This turn to autochthony has led to a hardening of nationalism(s). Criteria for political membership have shrunk, immigration controls have intensified, all while practices of expropriation and exploitation have expanded. Such politics exemplify the postcolonial politics of national sovereignty, a politics that Sharma sees as containing our dreams of decolonization. Home Rule rejects nationalisms and calls for the dissolution of the ruling categories of Native and Migrant so we can build a common, worldly place where our fundamental liberty to stay and move is realized.