Home on the Range

- Space, Identity and Belonging in the Nineteenth-Century American West 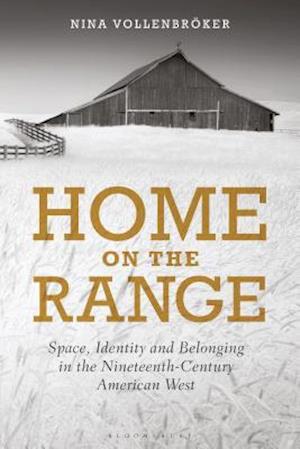 From dime novels to Wild West movies, from cowboy heroes to tribal villains, from masculine mystique to female virtue: the 19th-century American West has captured both popular imagination and academic interest for over a century. Despite this persistent attention, the region's rich, varied and plentiful material culture has received only selective consideration, leaving many aspects of everyday trans-Mississippi life untold. This book, for the very first time, brings together a large number of historic photographs, drawings, manuscript diaries and needlework projects from archives across the United States. Its multidisciplinary analysis considers how migrants and settlers used their architecture, spatial practice, clothes and diet to make themselves at home in unfamiliar surroundings. In the process it deconstructs stereotypes which have clung to the 19th-century western spaces and people for decades.

Forfattere
Bibliotekernes beskrivelse Discusses the nature of home and identity on the frontier of the American west.