Home is Where the Wind Blows

- Chapters from a Cosmologist's Life 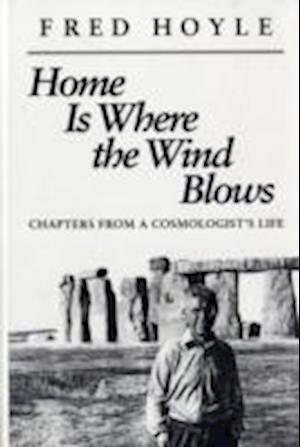 An account of the life and work of the mathematician, physicist, astronomer and cosmologist, Sir Fred Hoyle, who is perhaps best known for his explanation of the origin of the elements from hydrogen nuclei in stars and for developing the controversial steady-state theory of the Universe. 46 b&w photographs, 9 maps

Forfattere
Bibliotekernes beskrivelse Mathematician, physicist, astronomer and cosmologist, Sir Fred Hoyle is perhaps best known, in scientific circles, for his explanation of the origin of the elements from hydrogen nuclei in stars (a process known as nucleosynthesis) and for developing (with Sir Hermann Bondi and Thomas Gold) the controversial steady-state theory of the Universe (which assumes the continuous creation of matter). In 1950, in the last of a series of radio lectures on astronomy that he delivered on the air for the BBC, Hoyle coined the term "Big Bang" to characterize the competing expanding-Universe theory, which has since become the dominant paradigm. This term has now become a permanent addition to the language of cosmology. In this work, Hoyle offers an account of his life and work.