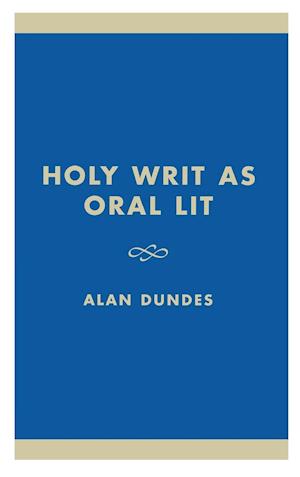 This book helps us resolve some of the mysteries and contradictions that evolved during the Bible's pre-written legacy and that persist in the Great Book today. Most biblical scholars acknowledge that both the Old and New Testaments were orally transmitted for decades before appearing in written form. With great reverence for the Bible, Dundes offers a new and exciting way to understand its variant texts. He uses the analytical framework of folklore to unearth and contrast the multiple versions of nearly every major biblical event, including the creation of woman, the flood, the ten commandments (there were once as many as eleven or twelve), the names of the twelve tribes, the naming of the disciples, the Sermon on the Mount, the Lord's Prayer, and the words inscribed on the Cross, among many others.