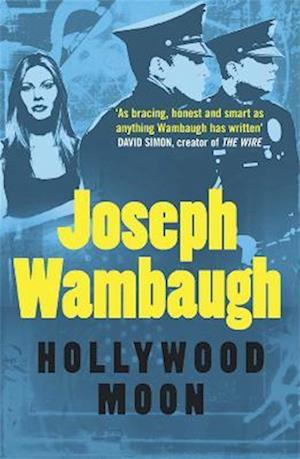 Hollywood certainly isn't your typical police precinct, but in Hollywood Moon, follow-up to Hollywood Station and Hollywood Crows, the cops of that surreal place seem called upon to deal with an even greater share of weirdness than normal. Drag queens in delicto flagrante behind dumpsters, dead hobos pushed around in wheelchairs, men in massage parlours receiving unspeakable injuries from Barbie dolls. That's not to say that the cops themselves don't have their own peculiarities: Hollywood Nate still dreams of movie stardom, but worries as he gets older that he's too good-looking to be a character actor. Then there's Aaron Sloane, forever lusting after his beautiful partner Sheila Montez, and Dana Vaughn, a tough no-nonsense cop who can't stand the fact that former chauvinist pig turned 'guardian angel' Lee Murillo won't stop following her around after she saved his life.But there's a darker side to all that weirdness - and when the enigmatic crook Dewey Gleason, known variously to his associates as 'Jacob Kessler' and 'Bernie Graham', hatches an audacious kidnap plan, without knowing that one of the hired help lives a double life as a serial sex attacker, things start to get very dangerous indeed.