Hold at All Hazards 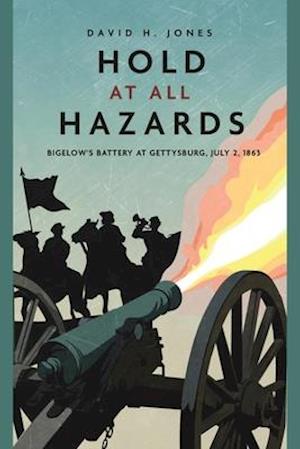 By late January of 1863, the 9th Massachusetts Battery of Light Artillery has been stationed within the Washington, D.C. defenses the entirety of its five-month existence. The soldiers are badly demoralized, inadequately trained and poorly disciplined. When the inept captain of the battery believes that he's about to be fired, he hastily resigns, and the governor of Massachusetts promptly selects a twenty-three-year-old artillery officer with battlefield experience to take command. Captain John Bigelow institutes strict discipline and rigorous training which causes the men, including Chief Bugler Charles Wellington Reed, to consider him to be a heartless tyrant. However, Captain Bigelow's methods rapidly improve their capabilities and Reed reluctantly gains respect for the new captain. Nevertheless, subtle conflict between captain and bugler remains in a manner only constrained by military protocol. In late June of 1863 the battery is collected by the Army of the Potomac as it passes the Washington defenses to thwart an invasion by Robert E. Lee's Army of Northern Virginia. After days of hard marching, Bigelow's Battery arrives on the Gettysburg battlefield in the forenoon of July 2, 1863. Within hours they are immersed in violent combat during which the officers and men of the battery fight like veterans against the Confederates. Unbeknownst to Charlie, he will twice disobey a direct order from Captain Bigelow before the day is out. When furious fighting reaches a crescendo, the inexperienced light artillery battery is ordered to hold its position at all hazards, meaning until it's overrun. Without hesitation the batterymen stand to their guns and sacrifice their life's blood to gain the time necessary for a second line of artillery to be formed behind them, thus helping to prevent a disastrous defeat for the Federal Army on Northern soil. Charlie saves his captain's life and is later awarded the Medal of Honor.