- The Roadmap from Empty Success to True Fulfillment 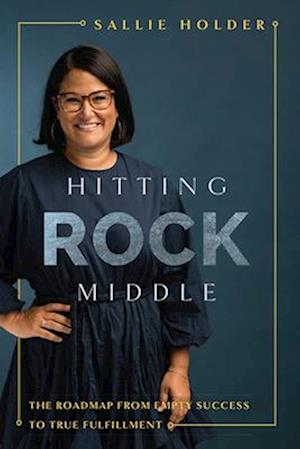 From the outside looking in, Sallie Holder seemed to have it all. A "Top Professional of the Year" before the age of thirty, she was living a six-figure, wildly "successful" lifestyle by society's standards. But we all know looks can be deceiving. While smiling and confident on the exterior, Sallie had a secret: she was actually miserable living the life she'd chosen. Only she knew that success felt like a role she was playing, and that on the inside she felt like an imposter who simply wanted to be doing anything other than what she was doing. How in the world would she make a change at this stage of life? And what in the world would she do? If she made a change, what would everyone think? How could she reject society's conventional definition of "success?" Sallie's journey to answering these questions for herself and others became her mission. While the process included both pain and joy, it has ultimately resulted in her achieving her greatest potential. Now she shares everything she's learned to help people who feel just as unsatisfied and suspect they too are on the wrong path. In Hitting Rock Middle, Sallie has created a step-by-step plan to help you start creating the path to your greatest potential - a place that includes true fulfillment and success. Through the journey this book will take you on, you will pinpoint who you are, what you want to do with your life, and how to get out of Rock Middle and into the big, bold, successful career that was waiting for you all along.