- The Men Who Fought for Leros 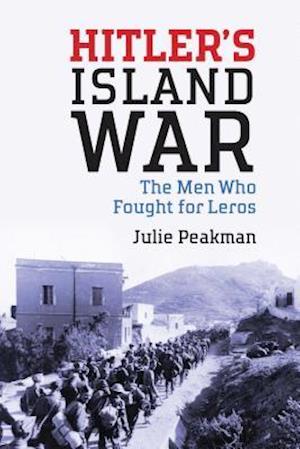 *Highly Commended by the British Records Association for the 2019 Janette Harley Prize*In September 1943, at the height of World War II, the Aegean island of Leros became the site of the most pivotal battle of the Dodecanese campaign as the British tried, in vain, to retain control of the island. Over the course of two short months - from 15 September 1943 to 17 November 1943 - almost 1500 men lost their lives and hundreds more ended up in Prisoner-of-War camps. In this book, Julie Peakman, a modern-day resident of Leros, brings to life the story of the men caught up in the battle based on first-hand interviews and written accounts including diaries, letters and journals. She tells of the preparations of the soldiers leading up to the battle, the desperate hand-to-hand fighting, and the suffering endured from continual bombings. She also shows the extent of the men's despair at the allied surrender, the many subsequent daring escapes as well as the terrible years of incarceration for those who were captured and imprisoned. Many of the heart-rending accounts of the battle are told here for the first time, providing a unique eyewitness take on this forgotten corner of World War II.

Forfattere
Bibliotekernes beskrivelse First-hand accounts of the fight for Leros, the most devastating battle of the Dodecanese campaign 48 bw in 2x16pp plates, 16 bw, 4 maps