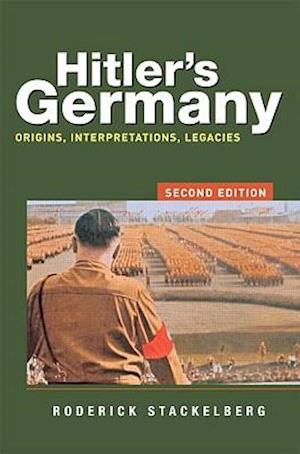 Praise for the first edition:'This is an important new textbook on the Nazi period which is geared to intermediate and advanced undergraduates and will also interest general audiences ... this book is a real winner and deserves wide use.' - Bruce Campbell, German Studies Review 'An excellent job... provides a comprehensive and sophisticated analysis of the origins of National Socialism in Germany, Hitler's rise to power, and the nature of the Nazi regime after 1933... no small achievement.' - David Crew, University of Texas, AustinHitler's Germany provides a comprehensive narrative history of Nazi Germany and sets it in the wider context of nineteenth- and twentieth-century German history. Roderick Stackelberg analyzes how it was possible that a national culture of such creativity and achievement could generate such barbarism and destructiveness. This second edition has been updated throughout to incorporate recent historical research and engage with current debates in the field. It includesan expanded introduction focusing on the hazards of writing about Nazi Germany an extended analysis of fascism, totalitarianism, imperialism, and ideology a broadened contextualisation of antisemitism discussion of the Holocaust including the euthanasia program and the role of eugenics new chapters on Nazi social and economic policies and the structure of government as well as on the role of culture, the arts, education and religion additional maps, tables, and a chronology a fully updated bibliography. Exploring the controversies surrounding Nazism and its afterlife in historiography and historical memory, Hitler's Germany provides students with an interpretive framework for understanding this extraordinary episode in German and European history.