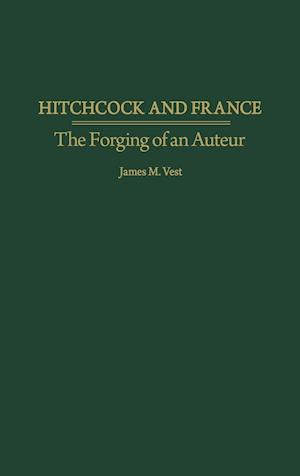 In his bold new study of the career of one of filmmaking's premier directors, author James M. Vest traces two intertwining strands of history: Alfred Hitchcock's interest in French culture, and French critics' sometimes complementary, sometimes confrontational interest in him. In the 1950s, Hitchcock was increasingly committed to including French-related elements in his films to enhance suspense and humor. At that same time, young critics in France-including Francois Truffaut, Claude Chabrol, Eric Rohmer, and Jean-Luc Godard-discovered in Hitchcock's films the mark of an auteur. They saw in him the creator of a cohesive body of work that bore his unique imprint, and in so doing, they countered the dominant opinion of Hitchcock as a proficient craftsman but ultimately just a maker of implausible melodramas. These interactions, explored fully and in-depth here, led not only to a revolution in film criticism, but also to a reenergizing of French cinema as well as the creation of a reputation that has lasted decades.Here is examined for the first time the cultural and intellectual background of those convergences in the mid-1950s-when the auteur theory was first being developed-as well as Hitchcock's transformation of French source materials in such films as I Confess and Vertigo, his use of French allusions in several films, and his New Wave tendencies in others. Providing access to books, essays, reviews, screenplays, and advertisements not generally available, Hitchcock and France chronicles a crucial period in the history of both filmmaking and film-viewing.