History of the Buccaneers of America 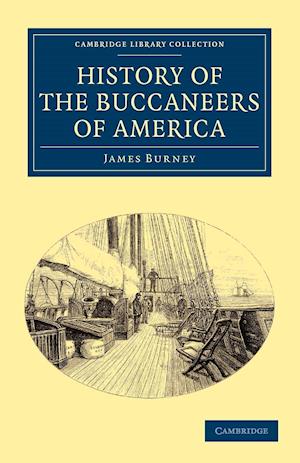 Captain James Burney (1750-1821), the son of the musicologist Dr Charles Burney and brother of the novelist Fanny Burney, was a well-travelled sailor, best known for A Chronological History of the Discoveries in the South Sea or Pacific Ocean (1803-1817), of which this work formed a part. It was subsequently republished separately, and is here taken from the edition of 1907. Burney concentrates on the activities of the buccaneers on the Pacific coast of South America and in the East Indies, as well as in the Caribbean, describing how their piracy was tolerated, and even encouraged, by the English and French because it was generally aimed at Spanish possessions. The book covers the period from the first European settlements in the Caribbean up to 1700, and includes anecdotes about the activities and lifestyle of the buccaneers, and the relationships between the European powers and their new colonies.