A History of Music for Harpsichord or Piano and Orchestra 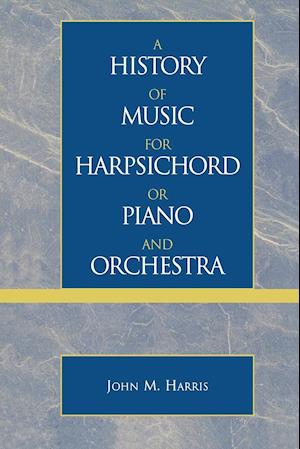 Beginning with J.S. Bach's harpsichord concertos composed in the beginning of the eighteenth century, John Harris embarks on a musical tour that takes the reader from Germany and Austria through Europe, North America, South America, and Asia, tracing the history of music composed for harpsichord or piano and orchestra. The organization of the book follows the spread of the Baroque harpsichord concerto across countries. Divided into four parts, J.S. Bach to Mozart (the baroque era), Mozart through Beethoven (the classic era), After Beethoven through Brahms (the romantic era), and After Brahms through the Present (the twentieth century), each part begins with an examination of the works composed in Germany, followed by Italy. European countries east of the north-south line through Germany and Italy appear next, followed by countries west of that line. The consistent organization in each part allows a quick comparison of the growing number of concerted works for harpsichord or piano in each era. When data is available, Harris lists the composers' birth and death dates, as well as dates of the musical compositions. The work includes a discography, bibliography, 46 tables of additional composers listed by country, a list of pertinent abbreviations, and index of composers.