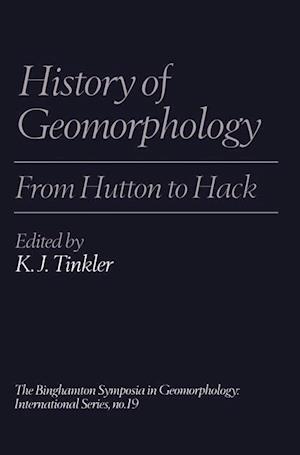 both independent of, and competitive with, similar structures in geography and geology to which its parent bodies belong. This move is likely to be seen as one of great significance by those involved in its organisation and by many beyond it, and it may well signal structural changes within the discipline whose actual outcome and meaning will not be clear for several decades. My perspective on such a move is cool, because the adoption of an historical perspective with respect to the practice of 'geomorphology' in times past brings the recognition that times present are in no sense different. That which seems appropriate, fundable, official and achievable is just that: the essays of Stoddart (Chapter 8) and Hewitt (Chapter 9) both neatly illustrate, in their different ways, the distinction between 'official' and 'scientific' approaches to the same problem. But institutional expansion, Vitek's paper not withstanding (Chapter 14), may not be why our geomorphology will be of interest to future generations. What that interest will be is a matter for speculation.