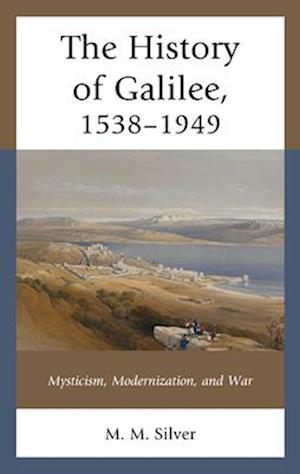 This study of Galilee in modern times reaches back to the regions Biblical roots and points to future challenges in the Arab-Jewish conflict, Israels development, and inter-faith relations. This volume covers an array of subjects, including Kabbalah, the rise of Palestinian nationalism, modern Christian approaches to Galilees past and present, Zionist pioneering, the roots of the Arab-Jewish dispute, and the conflicts eruption in Galilee in 1948. The book shows how the modernization of Galilee intertwined with mystical belief and practice, developing in its own grassroots way among Palestinians, Orthodox Jews, Christians, and Druze, rather than being a byproduct of Western intervention. In doing so, The History of Galilee, 15381949: Mysticism, Modernization, and War offers fresh, challenging perspectives for scholars in the history of religion, military history, theology, world politics, middle eastern studies, and other disciplines.