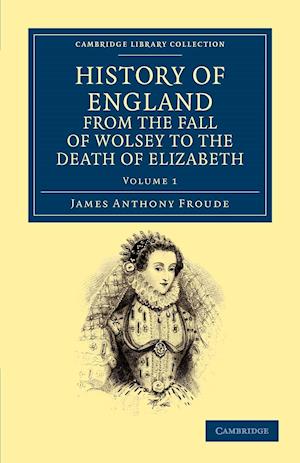 James Anthony Froude (1818-94), historian and disciple of Carlyle, published this twelve-volume history of the English Reformation between 1858 and 1870. The work is shaped by Froude's firm belief that the Reformation enabled the development of modernity and the rise of 'progressive intelligence' in England. His polemical stance was criticised by some historians, but his engaging narrative style and elegant prose made his work extremely popular with the general public, and the books were highly influential. The first six volumes consider the course of the Reformation from the break with Rome until the accession of Elizabeth I in 1558, and the remaining six recount the reign of Elizabeth I, ending with the defeat of the Spanish Armada. Volume 1 recounts the last years of Wolsey's influence, the changing relationship between Church and State, and the marriage of Henry VIII and Anne Boleyn.