History of England from the Accession of James I to the Outbreak of the Civil War, 1603-1642 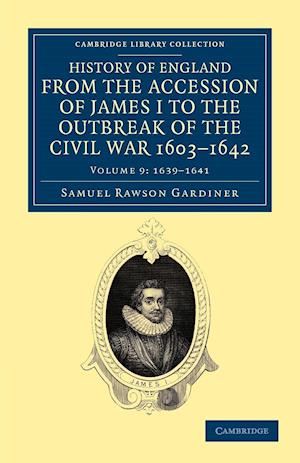 Samuel Rawson Gardiner (1829-1902) was a distinguished Victorian historian of the seventeenth century who coined the term 'Puritan Revolution' and was noted for his use of and editorial work on primary sources. This ten-volume work was published in 1883-4, though he had already published eight volumes on the period 1603-37, of which the first two were considerably revised for this edition; and in later works he continued the story through the Civil War, the Commonwealth and the Protectorate. The series was highly regarded in its time, and reprinted often, although it was not without its critics. Gardiner aimed at writing 'scientific history', relying on the facts to speak for themselves. This ninth volume spans the period 1639-41, and includes chapters covering the First and Second Bishops' Wars, the Short Parliament, the Triennial Act, and controversies over religious and constitutional reforms.