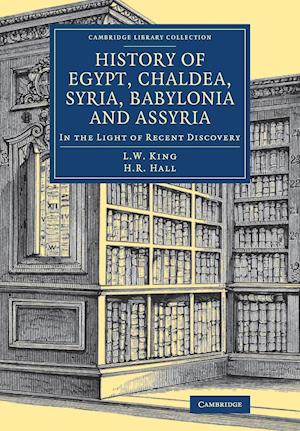 This 1906 work was written jointly by Leonard King (1869-1919) and Henry Hall (1873-1930), both members of the department of Egyptian and Assyrian antiquities at the British Museum. Their synthesis of what was currently known of the history of the Near East and Egypt came at a time when intensive excavation was bringing to light significant new material every year, and opinions and interpretations were in a constant state of revision. The two men had experience of excavation in Assyria and Egypt, and King had already edited several books of cuneiform texts, so they were therefore ideally placed to produce an overarching history of the area for a popular audience. The highly illustrated work begins with 'the discovery of prehistory', describing recent finds of stone tools and other material in Egypt, and ends with the decline of the Babylonian and Egyptian empires.