History of Economic Thought in Japan 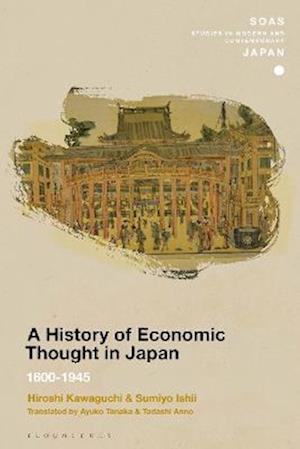 This ground-breaking book provides the first English-language survey of economic thought in modern Japan. Significantly, it offers both a detailed study of economic thought from 1600 to 1945 and a nuanced analysis of Western and Asian perspectives on the field of Japanese economic history. Expertly translated from Japanese and written by leading scholars in the field, this exciting study includes:* A novel approach to economic thought which contextualizes the core values of thinkers across the period* A comparative analysis of Japanese economic history which looks at the continuities across the Meiji divide* The extensive use of archival sources, many of which were previously unavailable in English A History of Economic Thought in Japan, 1600 - 1945 serves as a case study of how Western economic ideas spread to non-Western regions and interacted with indigenous ideas. It will therefore be of immense value to both scholars of economic thought and those seeking a deeper understanding of the moral, intellectual, and societal forces that shaped modern Japan.