A History of Ecology and Environmentalism in Spanish American Literature 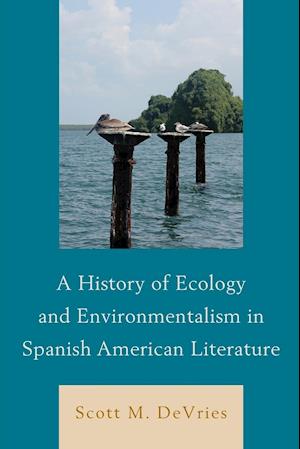 A History of Ecology and Environmentalism in Spanish American Literature undertakes a comprehensive ecocritical examination of the region's literature from the foundational texts of the nineteenth century to the most recent fiction. The book begins with a consideration of the way in which Argentine Domingo Faustino Sarmiento's views of nature through the lens of the categories of "civilization" and "barbarity" from Facundo (1845) are systematically challenged and revised in the rest of the century. Subsequently, this book develops the argument that a vital part of the cultural critique and aesthetic innovations of Spanish American modernismo involve an ecological challenge to deepening discourses of untamed development from Europe and the United States. In other chapters, many of the well-established titles of regional and indigenista literature are contrasted to counter-traditions within those genres that express aspects of environmental justice, "deep ecology," the relational role of emotion in nature protectionism and conservationism, even the rights of non-human nature. Finally, the concluding chapters find that the articulation of ecological advocacy in recent fiction is both more explicit than what came before but also impacts the formal elements of literature in unique ways. Textual conventions such as language, imagery, focalization, narrative sequence, metafiction, satire, and parody represent innovations of form that proceed directly from the ethical advocacy of environmentalism. The book concludes with comments about what must follow as a result of the analysis including the revision of canon, the development of literary criticism from novel approaches such as critical animal studies, and the advent of a critical dialogue within the bounds of Spanish American environmentalist literature.A History of Ecology and Environmentalism in Spanish American Literature attempts to develop a sense of the way in which ecological ideas have developed over time in the literature, particularly the way in which many Spanish American texts anticipate several of the ecological discourses that have recently become so central to global culture, current environmentalist thought, and the future of humankind.