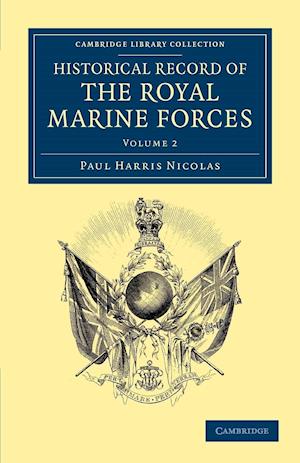 Paul Harris Nicolas (1790-1860) served as a second lieutenant in the Royal Marines at the Battle of Trafalgar. Promoted to first lieutenant in 1808, he took part in the Battle of the Basque Roads in 1809. For these actions he would later be awarded the Naval General Service Medal with two clasps. After effectively retiring from military life in 1814, he picked up both paintbrush and pen, producing a notable watercolour of the scene at Trafalgar, and publishing an engaging account of the battle in 1829. His most important work, however, is this comprehensive two-volume history of the Royal Marines, based on diligent research and first published in 1845. Volume 2 continues the narrative of the Battle of Trafalgar and mainly covers the period of the Napoleonic Wars. The rest of the volume takes the story through to the end of the First Opium War in 1842.