Historical Origins of Terrorism in America 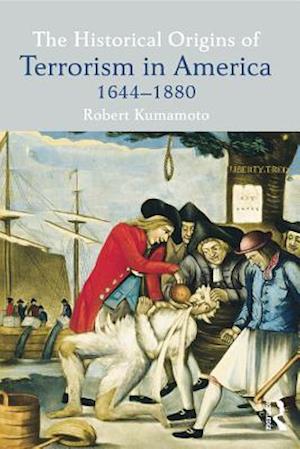 When we think of American terrorism, it is modern, individual terrorists such as Timothy McVeigh that typically spring to mind. But terrorism has existed in America since the earliest days of the colonies, when small groups participated in organized and unlawful violence in the hope of creating a state of fear for their own political purposes.Using case studies of groups such as the Green Mountain Boys, the Mollie Maguires, and the North Carolina Regulators, as well as the more widely-known Sons of Liberty and the Ku Klux Klan, Robert Kumamoto introduces readers to the long history of terrorist activity in America. Sure to incite discussion and curiosity in anyone studying terrorism or early America, The Historical Origins of Terrorism in America brings together some of the most radical groups of the American past to show that a technique that we associate with modern atrocity actually has roots much farther back in the country's national psyche.