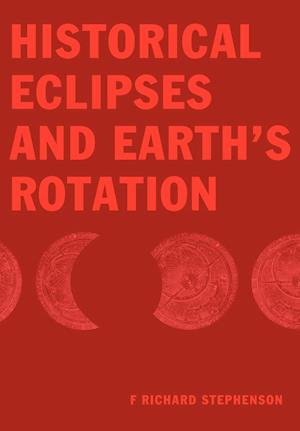 This book is intended for geophysicists, astronomers (especially those with an interest in history), historians and orientalists. The culmination of many years of research, it discusses, in depth, ancient and medieval eclipse observations and their importance in studying Earth's past rotation. This was the first major book on this subject to appear in the last twenty years. The author has specialised in the interpretation of early astronomical records and their application to problems in modern astronomy for many years. The book contains an in-depth discussion of numerous eclipse records from Babylon, China, Europe and the Arab lands. Translations of almost every record studied are given. It is shown that although tides play a dominant long-term role in producing variations in Earth's rate of rotation - causing a gradual increase in the length of the day - there are significant, and variable non-tidal changes in opposition to the main trend.