indgår i serie HISTORICAL DICTIONARIES OF RELIGIONS, PHILOSOPHIES AND MOVEMENTS 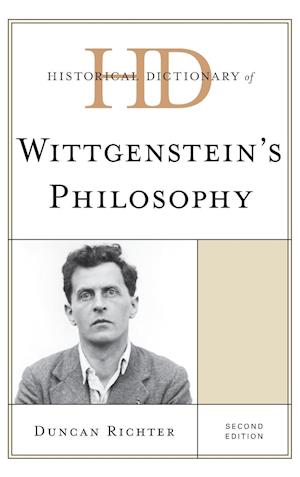 Ludwig Wittgenstein was the most influential, and arguably the greatest, philosopher of the 20th century. This fact about his influence is not only a matter of how much he influenced people but also of how many people he influenced. His early work was taken up by some of the pioneers of analytical philosophy. His later work helped spawn another movement within analytic philosophy, that of ordinary language philosophy (sometimes called Oxford philosophy). He is also considered by some to be a key postmodern thinker, and an interest in his work is a distinguishing feature of many post-analytical philosophers who seek to bridge the gap between analytical and so-called continental philosophy.This second edition of Historical Dictionary of Wittgenstein's Philosophy covers the history of this philosophy through a chronology, an introductory essay, and an extensive bibliography. The dictionary section has over 300 cross-referenced entries on every aspect of his work. This book is an excellent access point for students, researchers, and anyone wanting to know more about Wittgenstein's philosophy.