Historical Dictionary of the Crusades 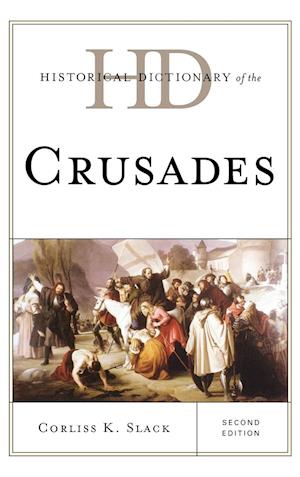 The crusades were among the longest and most bitter wars in human history and consisted of no less than seven major expeditions from Western Europe from the late 11th to the early 14th centuries for the purpose of wresting Jerusalem and the Holy Land from the control of the Muslims. In the end, it was the Muslims who won, and the Christians who suffered a major setback, and the Middle East remained firmly in Muslim hands. This was one of the worst clashes between different religions and civilizations and, for long, it was largely forgotten or brushed over. That is no longer the case, with many Muslims regarding Western interference in the region as a repeat of the crusades while launching their own jihads. So, while an old conflict, it is still with us today.Even at the time, it was very hard to understand the causes and outcome of the crusades, and that remains a problem today. This Historical Dictionary of the Crusades cannot claim to have resolved it, but it most definitely does make the situation easier to understand. The introduction provides an overview, tracing the crusades from one expedition to the next, and assessing their impact. The actual flow of events is far easier to follow thanks to the chronology. And maps help to trace the events geographically. The entries, and there are more than 300 of them in this second edition, look more closely at notable figures, including Pope Gregory VII, Richard "the lionhearted," and Saladin, as well as important places (Jerusalem, Constantinople and others), events, battles and sieges, as well as the use of weapons and armor. The bibliography points to further reading.