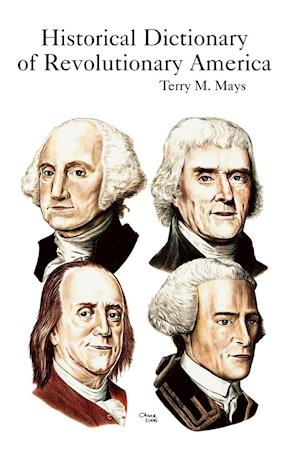 The American Revolution was perhaps the most significant event in modern history. It forever demonstrated the ability of a significantly smaller group of people to rebel against their oppressors. On top of that it also gave birth to what would become the most powerful country in the world. And while these feats were impressive, it was the drafting of a constitution, the forging of a union between divided states, and the fashioning of a truly democratic form of government that caused this event to go down in the annals of history. Thus, the Historical Dictionary of Revolutionary America is not just about the grievances that led to war nor the actual war itself, but more particularly the subsequent period of trial and error - when success was far from certain and failure could never be ruled out - in which the thirteen states and those that followed were welded into the United States of America. To do this, Mays employs: * an introductory essay and chronology outlining the events * over 1100 dictionary entries on significant people as well as the political, economic, and social events of the era * an extensive bibliography organized into nearly 100 different categories to facilitate additional research * appendices documenting the signers of the Declaration of Independence, the Articles of Confederation, and the Constitution * a fourth appendix lists all the Presidents of Congress under the Articles of Confederation