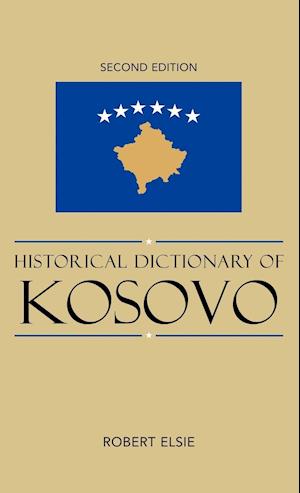 As the seventh and probably last state to arise from the ruins of the former Yugoslavia, Kosovo is the newest country in Europe. For centuries, Kosovo, also known as Kosova, was part of the Ottoman Empire, and for most of the 20th century, it was a province of what was once Yugoslavia. After the military conflict in 1998-1999 and a period of administration by the United Nations, Kosovo declared its independence from Serbia on February 17, 2008. Focusing not only on Kosovo's turbulent recent years, the second edition of the Historical Dictionary of Kosovo also relates the country's rich culture and long history. This is done through a chronology, an introductory essay, an extensive bibliography, and over 400 cross-referenced dictionary entries on significant persons, places, and events; institutions and organizations; and political, economic, social, cultural, and religious facets. This book is an excellent access point for students, researchers, and anyone wanting to know more about Kosovo.