indgår i serie Historical Dictionaries of Literature And the Arts 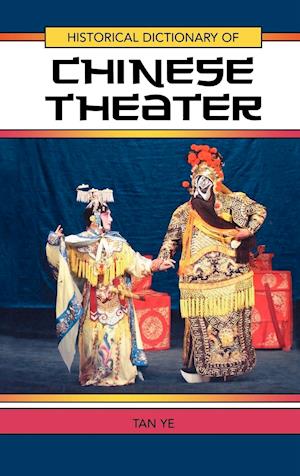 There is a sense of timelessness in the Chinese theater: ever since its maturation, its format has not changed in any significant way. Chinese Theater matured into its final format in the 13th century and flourished during the Yuan, Ming, and Qing Dynasties. It is a unique, exclusive, and self-sufficient system, whose evolution has received little influence from the West and whose influence on Western theaters has been minimal and often misinterpreted. It is essentially a performer's theater; the actors attract the audience with splendid performances perfected through many years of rigorous training. The Historical Dictionary of Chinese Theater is the first English language dictionary dedicated entirely to Chinese theater. The history of Chinese theater is told through a chronology, an introductory essay, and over 1,000 cross-referenced dictionary entries on performers, directors, producers, designers, actors, theaters, dynasties, and emperors. There are also entries on the many different theatrical traditions, the acting and staging techniques, and specifics on roles and costumes as well as a brief synopsis of major plays. This book is essential for anyone interested in Chinese Theater.