Historical Dictionary of Bosnia and Herzegovina 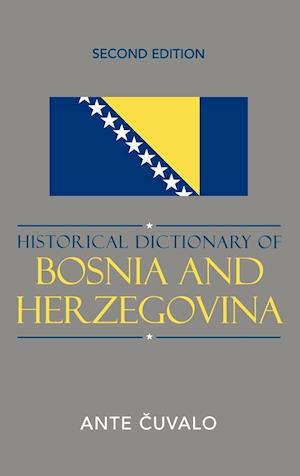 Diversity has always been at the heart of Bosnia and Herzegovina's character; even its dual name and physical geography display a particular heterogeneity. The medieval Bosnian state never enjoyed lasting political and ideological unity as its feudal, regional, and religious rifts pulled at the country's seams. Furthermore, because of its location and by a quirk of history, three major world religious and cultural traditions (Catholicism, Islam, and Orthodoxy) became cohabitants in this small Balkan country. Recently, the rebirth of its statehood has been exceptionally bloody and its diversity has been shaken. Even eleven years after the guns were silenced, the country is still under the "benevolent" protection of the international community, whose officials are keeping the state-building process in perpetual suspense, with no final result in sight. The second edition of the Historical Dictionary of Bosnia and Herzegovina sheds light on the uncertain situation Bosnia and Herzegovina faces, while providing essential background information. This is accomplished through a chronology, an introduction, a bibliography, and more than 300 cross-referenced dictionary entries on individual topics spanning Bosnia and Herzegovina's political, economic, religious, and social system along with short biographies on important figures.