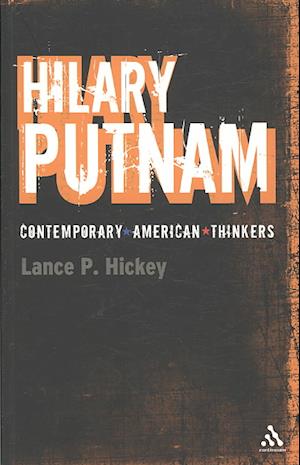 Hilary Putnam is one of America's most important living philosophers. This book offers an introduction to and overview of Putnam's ideas, his writings and his contributions to the various fields of philosophy.Hilary Putnam is one of America's most important and influential contemporary philosophers. He has made considerable contributions to the philosophy of mind, philosophy of language, philosophy of science, philosophy of mathematics, logic, metaphysics and ethics. In many of these areas he has been not only an active participant, but a foundational thinker. This book offers an overview of Putnam's ideas, his key writings and his contributions to the various fields of philosophy.Thematically organized, the book begins with Putnam's work in the philosophy of language and shows how his theory of semantic externalism serves as a lynchpin for understanding his thought as a whole. Crucially, Lance P. Hickey also examines the ways in which Putnam has shifted his position on some key philosophical issues and argues that there is in fact more unity to Putnam's thought than is widely believed. This is the ideal companion to study of this hugely influential thinker."The Continuum Contemporary American Thinkers" series offers concise and accessible introductions to the most important and influential thinkers at work in philosophy today. Designed specifically to meet the needs of students and readers encountering these thinkers for the first time, these informative books provide a coherent overview and analysis of each thinker's vital contribution to the field of philosophy. The series is the ideal companion to the study of these most inspiring and challenging of thinkers.