Highlights of Astronomy, Volume 11A 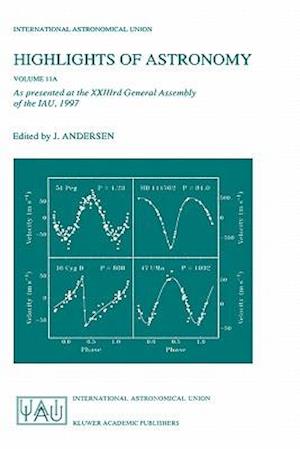 Since 1967, the main scientific events of the General Assemblies of the International Astronomical Union have been published in the separate series, Highlights of Astronomy. The present Volume 11 presents the major scientific presentations made at the XXIIIrd General Assembly, August 18-30, 1997, in Kyoto, Japan. The two volumes (11A + B) contain the text of the three Invited Discourses as well as the proceedings or extended summaries of the 21 Joint Discussions and two Special Sessions held during the General Assembly.

Nummer i serien:
11A