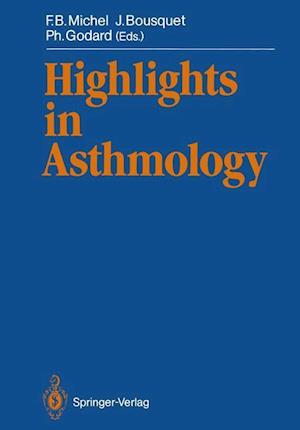 F. B. Michel Asthmology is the neologism I suggested for ideas which were acceptable at the begin- the title of a book published in 1981 on ning of the 20th century, and in particular bronchial asthma [4,5]. to Pasteur's concept of "one cause, one ill- ness", many syndromes like high blood Among a certain number of scientific pressure or asthma are the result of the publications on this subject, it is one of the overlapping of hereditary factors and ac- few suggestions that I have the weakness to quired factors. This is one reason why asth- feel somewhat proud of. In fact, this word has had the career I hoped it would and, ma is not really an illness in the real sense judging by the frequency with which it is of the word but, a clinical and functional respiratory syndrome [1]. used in both written and spoken language, it did answer a need. I had no intention of The innate, the "terrain", transmitted by suggesting one more neologism but it heredity, can possibly concern two factors: seemed to me that the word asthmology The bronchial hyperreactivity factor (BHR), had an element of novelty and, above all, is often present in early childhood and its produced the necessary awareness of the reality is a result of the studies of large need to bring together, within a kind of groups of homo- and heterozygotic twins.