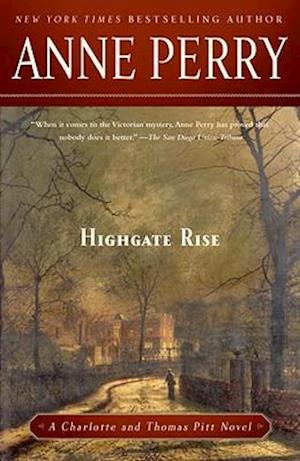 Clemency Shaw, the wife of a prominent doctor, has died in a tragic fire in the peaceful suburb of Highgate. But the blaze was set by an arsonist, and it is unclear whether she or Dr. Shaw was the intended victim--or did the doctor himself set the blaze in order to inherit his wife's large fortune? Baffled by the scarcity of clues in this terrible crime, Inspector Thomas Pitt turns to the people who had been closest to the couple--Clemency's stuffy but distinguished relatives. Meanwhile, Pitt's wellborn wife, Charlotte, retraces the dangerous path that Clemency walked in the last months of her life, finding herself enmeshed in a sinister web that stretches from the lowest slums to the loftiest centers of power.