Higher Education Revolutions in the Gulf 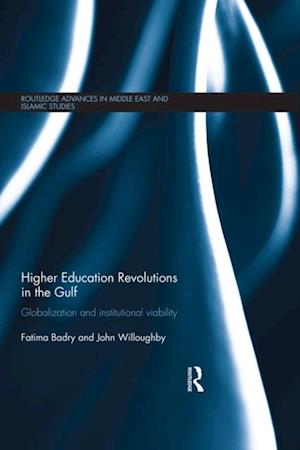 Over the past quarter century, the people of the Arabian Peninsula have witnessed a revolutionary transformation in higher education. In 1990, there were fewer than ten public universities that offered their Arabic-language curricula in sex-segregated settings to national citizens only. In 2015, there are more than one hundred public, semi-public, and private colleges and universities. Most of these institutions are open to expatriates and national citizens; a few offer gender integrated instruction; and the language of instruction is much more likely to be in English than Arabic. Higher Education Revolutions in the Gulf explores the reasons behind this dramatic growth. It examines the causes of the sharp shift in educational practices and analyses how these new systems of higher education are regulated, evaluating the extent to which the new universities and colleges are improving quality. Questioning whether these educational changes can be sustained, the book explores how the new curricula and language policies are aligned with official visions of the future. Written by leading scholars in the field, it draws upon their considerable experiences of teaching and doing research in the Arabian Gulf, as well as their different disciplinary backgrounds (linguistics and economics), to provide a holistic and historically informed account of the emergence and viability of the Arabian Peninsula's higher education revolutions.Offering a comprehensive, critical assessment of education in the Gulf Arab states, this book represents a significant contribution to the field and will be of interest to students and scholars of Middle East and Gulf Studies, and essential for those focused on higher education.