Higher Education and Equality of Opportunity 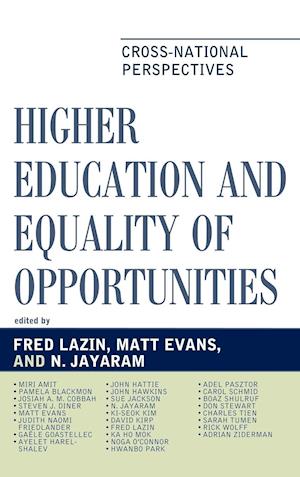 The movement to broaden access to public universities, the dominant strategy during the 1970s and 1980s, has largely shifted to enable the marketplace, rather than the government, to shape the contours of higher education. Government funding is being reduced, affirmative action and other programs designed to insure broader access are in decline and personal fulfillment is replacing a public good designed to insure greater equality of opportunities. This book explores the impact of diminishing government resources and expanding market forces in developing and developed countries to either foster or lessen equality of opportunities in higher education for different racial, ethnic, religious and gender groupings. What are the consequences of a market-driven higher education for student access, teaching and scholarship? Through case studies, this book explores issues such as access of minority groups within the larger societies, the place of foreign students in a national system, and access for students with mental health difficulties, and evaluates the success of funding schemes designed to expand opportunities and access. The research provides an interesting contrast of the diversity and uniqueness of higher education in the United States, France, Australia, India, Israel, South Korea, The Netherlands, Ghana and several other countries, while at the same time revealing surprising commonalities. These studies reveal world-wide trends in higher education including a cutback in government financing, a decline in access, and a receding of affirmative action. This book is an important addition to the literature on higher education during the age of globalization and the decline of government funding of higher education. The studies provide important data about the current situation in higher education in countries around the world.