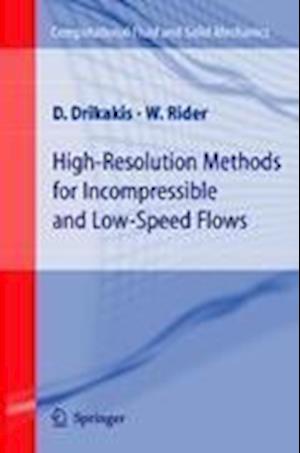 The study of incompressible ?ows is vital to many areas of science and te- nology. This includes most of the ?uid dynamics that one ?nds in everyday life from the ?ow of air in a room to most weather phenomena. Inundertakingthesimulationofincompressible?uid?ows,oneoftentakes many issues for granted. As these ?ows become more realistic, the problems encountered become more vexing from a computational point-of-view. These range from the benign to the profound. At once, one must contend with the basic character of incompressible ?ows where sound waves have been analytically removed from the ?ow. As a consequence vortical ?ows have been analytically "preconditioned," but the ?ow has a certain non-physical character (sound waves of in?nite velocity). At low speeds the ?ow will be deterministic and ordered, i.e., laminar. Laminar ?ows are governed by a balance between the inertial and viscous forces in the ?ow that provides the stability. Flows are often characterized by a dimensionless number known as the Reynolds number, which is the ratio of inertial to viscous forces in a ?ow. Laminar ?ows correspond to smaller Reynolds numbers. Even though laminar ?ows are organized in an orderly manner, the ?ows may exhibit instabilities and bifurcation phenomena which may eventually lead to transition and turbulence. Numerical modelling of suchphenomenarequireshighaccuracyandmostimportantlytogaingreater insight into the relationship of the numerical methods with the ?ow physics.