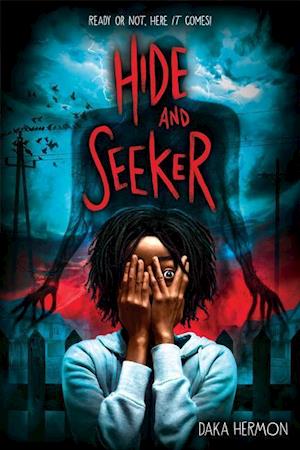 One of our most iconic childhood games receives a creepy twist as it becomes the gateway to a nightmare world.

Don't let the Seeker find you Twelve-year-old Zee is back now. He disappeared for a year and nobody knows where he went or what happened to him. Not even his best friends Justin, Nia, and Lyric. But ever since Zee has been back, he's been... different. After Zee freaks out at his friends playing hide-and-seek at an odd party in his backyard -the first time his friends are back together since his reappearance -strange things begin to occur. Everyone who played in the game has a mark on their wrist. And then they disappear. The kids are pulled into a shadow world -the Nowhere- ruled by the monstrous, shape-shifting Seeker. Justin and his friends will have to band together and face their worst nightmares to defeat the Seeker or lose themselves to the Nowhere forever.