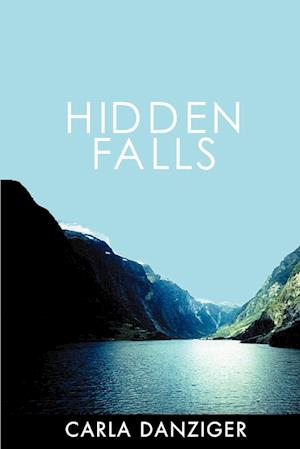 When American Kristina (Kris) Kelly goes touring in the fjord region of Norway in summer 1995 with her beloved cousin Elsa Jenssen, a popular Norwegian journalist, she is seeking rest and revitalization after the painful breakup of her 20-year marriage. Instead, her trip turns into a nightmare when Elsa is found dead at the bottom of Hidden Falls.

Elsa's questionable health, the slippery conditions on the trails, and testimony by hiking companions from whom Elsa separated, lead authorities to conclude that her death was accidental. Kris's gut feelings tell her otherwise; yet her first duty must be to return to Bergen, Elsa's hometown, and comfort Elsa's elderly father. When he, too, for reasons far different from her own, asserts that Elsa's death was not accidental, Kris begins a personal search for the truth.

Elsa's close connections with the editor of the newspaper for which she worked, her opinionated columns, her private ghosts from the Nazi occupation of Norway in her youth and her post-war years in England, lead Kris on a rocky trail of discovery, danger, and romance, and into the throes of a clandestine plot and soul-searching questions about justice.

They could almost touch the cascading waters. Kris felt her knees shake. Tor let go of her hand, locked his arm around her midriff, and pushed her in front of him toward the edge of the precipice.